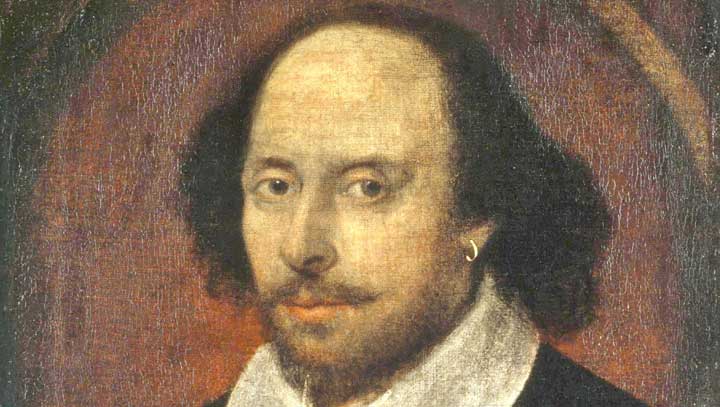 A tribute to William Shakespeare

April 23, 2016 marks the 400th anniversary of the creator of “To be, or not to be; that is the question:”, William Shakespeare. It is a fitting moment to commemorate his distinguished works and in doing so, read and answer an IELTS reading question type: Finding Information in Paragraphs.

This reading passage has 7 paragraphs, A-L

Which paragraph contains the following information?

Write the correct letter, A-L in boxes 1 – 8 on your answer sheet.

NB You may use any letter more than once.

4       speculations on his cause and time of death

6       evidence that he earned money by writing plays and acting

April 23, 2016, marks the 400th anniversary of William Shakespeare’s death at age 52. His plays and sonnets have been performed in nearly every major language on every continent. To mark the event, festivals, performances, and exhibitions will take place all around the world by major theater companies and small community theaters. Some will be produced in the traditional Elizabethan style, while others will present more modern-day interpretations of his work. All to celebrate the legacy of arguably the greatest playwright in the English language.

Another highlight for the 400th anniversary celebration is the tour of Shakespeare’s First Folio. Published seven years after his death in 1623, the Folio is the one authentic collection of all the plays scholars believe are attributed to William Shakespeare. Although 18 of his plays had been published before 1623, 18 others, including Macbeth and The Tempest were only found in the First Folio. The tour, titled “First Folio! The Book That Gave Us Shakespeare” will travel to all 50 states, Washington, D.C. and Puerto Rico.

Though the works of William Shakespeare are well known throughout the world, the early life of the man himself remains somewhat of a mystery. No birth records exist, however Holy Trinity Church, in his birthplace of Stratford-on-Avon, holds documents that state Shakespeare was baptized on April 26, 1564. From this, scholars have surmised his birthday was on or near April 23, 1564. Because his father was a public official, young William qualified for free tuition and most likely attended a local school, such as the King’s New Grammar School in Stratford. However, there are no records that indicate he had any further schooling.

Records exist that show William Shakespeare married Anne Hathaway on November 28, 1582, in Canterbury Province. He was 19, she was 26 and pregnant. They had three children, one who died while young. How Shakespeare made a living as a young parent is not well known but speculation runs from being a fugitive from the local landlord for poaching game to working as an assistant school master. It is believed he arrived in London in the 1580’s and may have initially found work as a horse attendant for some of London’s finer theaters, a practice continued centuries later when aspiring actors parked cars for patrons attending Broadway plays.

There is evidence that by 1592, William Shakespeare was earning a living as an actor and playwright in London. He became a partner in an acting company, the “Lord Chamberlain’s Men,” which later became the “King’s Men.” It is believed that by the early 1590s, Shakespeare had written plays in the three dramatic genres: comedy – The Two Gentlemen of Verona, The Comedy of Errors and The Taming of the Shrew; tragedy – Titus Andronicus; and history – the Henry VI trilogy and Richard III. By the time of his retirement around 1612, William Shakespeare had written the more famous of his plays including Midsummer Night’s Dream, The Tempest,Hamlet and Macbeth.

At the time William Shakespeare was writing his plays, the English language was going through a major change. Words from the traditional Greek and Roman languages were being added to the English vocabulary, as were words from other countries and regions, brought to England through colonization, wars, exploration, and diplomacy. Shakespeare and other writers were adopting these words —and making up new ones — incorporating them into their writings.

Hundreds of words and phrases originated with or were popularized by Shakespeare, such as “Wear your heart on your sleeve” (Othello), “Full circle” (King Lear), “Bedazzled” (Taming of the Shrew), and “There’s the Rub” (Hamlet). Shakespeare wrote in blank verse using iambic pentameter. The lines consist of 10 syllables and are spoken with a stress on the second syllable. Shakespeare refined this style of writing into more complex sentences in dialogues and narrations as his playwriting matured.

William Shakespeare’s plays draw from theatrical techniques dating back to the Greeks. In his stories, he introduces the audience to a varied cast of relatable characters, displaying complex personalities, intertwined in moral dilemmas and sudden plot twists. He was able to master many different genres, comedy, tragedy, and history, often times combining two or more of these into one play. The result is a standard by which nearly all forms of dramatic writing are compared.

Out of economic necessity, Shakespeare turned to poetry in the early 1590s after the plague closed many of the London theaters. In his over 150 sonnets and narrative poems, he delved into themes of love, beauty, morality, and truth. The poems seem to parody many of the traditional topics of classical poems by switching gender roles, speaking openly about sex, and making fun of classical beauty.

By 1599, Shakespeare and his business partners had built their own theater, which they called The Globe. His fortunes grew and scholars believe that he was a successful artist and play producer earning him enough money to write his plays uninterrupted. Thirty eight plays and over 140 sonnets are attributed to Shakespeare or possibly a few collaborators. However, for the past 150 years, questions have risen over the authorship of some of the plays. Citing Shakespeare’s limited education, some critics believe that other, more established playwrights such as Christopher Marlowe, Edward de Vere, or Francis Bacon are the true authors of the plays. However, there are historical government records and publishing acknowledgments crediting William Shakespeare and supporting claims that he wrote his own plays.

Just as his beginnings are shrouded in uncertainty, so too is William Shakespeare’s death. Though tradition claims he died on his birthday, April 23, 1616, there is no death record. Records show he was interned at Trinity Church on April 25, 1616. The cause of death is also not known, but a diary entry of Holy Trinity Church’s vicar John Ward indicates that Shakespeare might have celebrated a little too hard one evening and died of a fever. The diary entry was made 50 years after Shakespeare’s death, so most scholars believe it baseless. However, London was experiencing a serious outbreak of typhus in 1616 which lends credibility to Vicar Ward’s account.

William Shakespeare had a tremendous influence on the art of drama and the English language. His writings presented compelling plots, complex characters, in different genre. His use of the soliloquy went beyond the conventional plot description to explore his characters’ thinking and state of mind. His writing influenced many playwrights and novelists that followed such as Charles Dickens, Herman Melville, Patricia Highsmith, Tom Stoppard, and William Faulkner. And he brought forth many new words and phrases into the English language that are commonly used today. 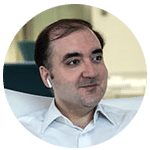 CFO and Co-founder of Juice Academy